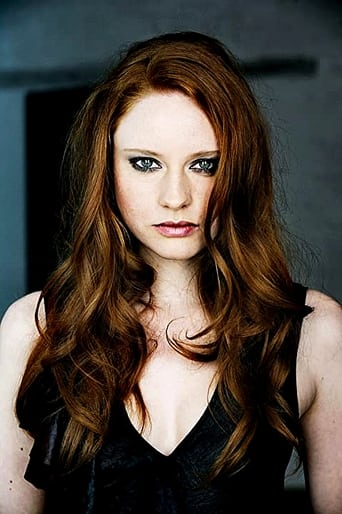 Barbara Meier is a Germanfashion model and winner of the second cycle of Germany's Next Topmodel. Born in the small Bavarian town of Amberg, Germany, Barbara Meier didn't originally aspire a career in modelling. Instead, after graduating from school, she enrolled at the Fachhochschule Regensburg in order to study mathematics and physics. While shopping at a local mall, she was invited by a model scout to a casting for Germany's Next Topmodel. Out of 16,421 participants in the national casting, she was chosen among the 15 candidates to appear on the TV show. In the course of the show, she had to face a series of challenges in order to outrival her contestants. Even before the end of the show, one of these minor competitions had her win a leading role alongside Heidi Klum in a nationwide TV commercial for McDonald's. In the last episode, she was declared winner of the title "Germany's Next Topmodel". The prize included a contract with the modelling agency IMG Models in Paris, an appearance on the cover of the German edition of Cosmopolitan in August 2007 and a contract as the face of the next advertising campaign for the clothing company C&A. After Germany's Next Topmodel Meier was on the cover of many German magazines such as Cosmopolitan, Icon, Style International, Tango and appeared in international magazines like Vogue Taiwan, Grazia, Madame Figaro, L'Officiel and many more. She was also the face of many advertising campaigns such as for Pantene, Borsalino and Disneyland Resort Paris.