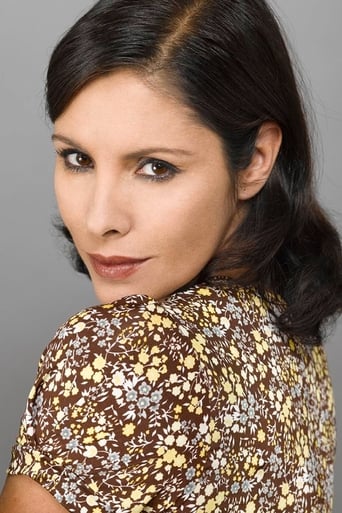 From Wikipedia, the free encyclopedia Valentina Vargas (born December 31, 1964) is a Chilean-born actress. She developed most of her career in France, where she was raised. Vargas began her career in the dramatic art within the workshop of Tania Balaschova in Paris and also later at the Yves Pignot School of Los Angeles. Her cinematographic career started via the filming of three of the most important works[dubious – discuss] in contemporary French cinema, namely Pierre Jolivet's Strictly Personal, Luc Besson's Big Blue and Jean-Jacques Annaud's The Name of the Rose. Over the years, Vargas also worked with Samuel Fuller in Street of No Return, Miguel Littín in Los náufragos and Alfredo Arieta in Fuegos. Vargas is trilingual in Spanish, French and English. This has enabled her to pass without notice in films as varied as the cinematic horror film Hellraiser IV: Bloodline where she played the Cenobite Angelique, to the comedy Chili con carne of Thomas Gilou. She appeared opposite Jan Michael Vincent (Dirty Games), Malcolm McDowell and Michael Ironside (Southern Cross), and James Remar (The Tigress). After her performance in Bloody Mallory where she played "the malicious one", she turned to playing roles for television. Initially she played in a version of Les Liaisons dangereuses directed by Josée Dayan. She starred in this production with Catherine Deneuve, Rupert Everett, Leelee Sobieski and Nastassja Kinski.