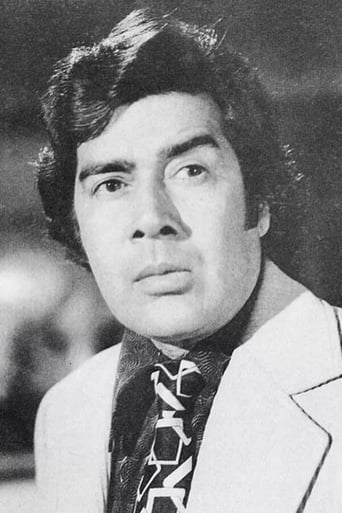 Sujit Kumar (7 February 1934 – 5 February 2010), born near a village in Varanasi, was an Indian film actor and producer. He appeared in over 150 Hindi films in the 1960s, 1970s and 1980s and 25 films in Bhojpuri. From the late 90s, he latterly concentrated more on production. Kumar was the first superstar of Bhojpuri cinema. He played pivotal roles either as a villain or as a character actor regularly in the most of films with Rajesh Khanna as the hero and in the films directed by Shakti Samanta. His indelible screen image remains of the guy playing the mouth organ while driving a jeep as Rajesh Khanna serenades Sharmila Tagore in the 1969 superhit, Aradhana. Description above from the Wikipedia article Sujit Kumar, licensed under CC-BY-SA, full list of contributors on Wikipedia.