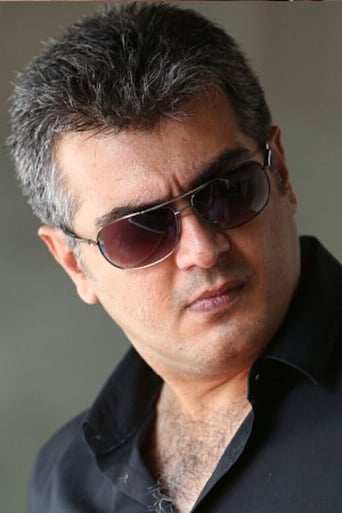 Ajith Kumar is an Indian film actor who works mainly in Tamil cinema. In addition to his acting, Ajith Kumar in a sabbatical, participated in the 2004 British Formula 3 season as a Formula Two racing driver and was ranked the third best motor car driver in India at his peak. He began his career as a supporting actor in a Telugu film before gaining critical recognition in the Tamil thriller Aasai (1995). A succession of high-grossing films followed where Ajith was usually depicted as a romantic hero, with Kadhal Kottai (1996) and Kadhal Mannan (1998) being the most notable. He later forayed into method acting, as seen in Vaali (1999), Mugavaree (2000), Kandukondain Kandukondain (2000) and Citizen (2001) before establishing himself as an action hero with popular films including Amarkalam (1999), Dheena (2001), Villain (2002), Varalaru (2006) and Billa (2007). He has won three Filmfare Best Actor Awards in Tamil, all for films which showcased him in multiple roles. In 2014, Ajith Kumar was listed in Forbes India's Top 100 Celebrities.