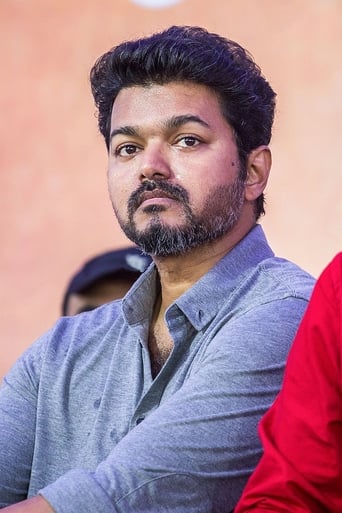 ​Joseph Vijay Chandrasekhar known mononymously as (Ilayathalapathy) Vijay, is an Indian film actor, and playback singer. He is the son of film producer and director S. A. Chandrasekhar. After performing uncredited roles as a child actor in films produced by his father, he made his film debut as a lead role actor in the 1992 film Naalaya Theerpu. Since then, he acted in several films of action and romance genres. He has also worked as a playback singer in most of his films, as well as a few films starring other actors. During his career in the Tamil film industry, he has won two Tamil Nadu State Film Awards and was nominated for one Filmfare Award. Vijay has starred in several romance and action films, including the commercially successful films Poove Unakkaga (1996), Kadhalukku Mariyadhai (1997), Thulladha Manamum Thullum (1999), Kushi (2000), Priyamaanavale (2000), Ghilli (2004), Pokkiri (2007), Vettaikaaran (2009) and Kaavalan (2011). He also worked with several corporations as a brand ambassador and is a former brand ambassador of the Indian Premier League cricket team, Chennai Super Kings.