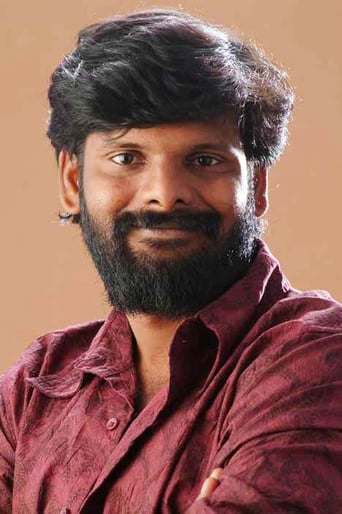 Ganja Karuppu, born Karuppu Raja, is an Indian film actor who plays comedy roles in Tamil cinema. He has appeared in Tamil films like Raam (2005), Paruthiveeran (2007), Subramaniyapuram (2008), and Naadodigal(2009, Kalavani (2010). Ganja Karuppu made his film debut in a small supporting role in Bala's Pithamagan in 2003. He appeared as Vazhavandhaan in the 2005 thriller film Raam directed by Ameer Sultan. Subsequently, he was signed up in a number of Tamil films to provide comic relief, including Thaamirabharani, Paruthiveeran, Subramaniapuram, Naadodigal and Kalavani. He co-starred in the 2008 comedy film Arai En 305-il Kadavul by Chimbudevan. He is married to Sangeetha, a physiotherapist, in 2010.