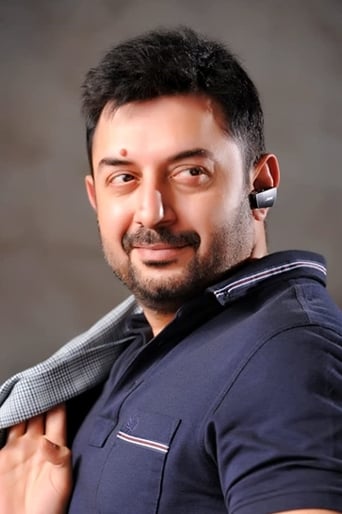 Arvind Swamy is an Indian film actor, model, entrepreneur and television presenter known for his work in Tamil cinema. He was introduced as an actor by Mani Ratnam with the film Thalapathi (1991) and subsequently starred in successful films such as Roja (1992), Bombay (1995), Minsaara Kanavu (1997) and Alaipayuthey (2000). Swamy also starred in other ventures, including the Telugu film Mounam (1995), the Malayalam film Devaraagam (1996), and the Bollywood film Saat Rang Ke Sapne (1998). Swamy spent a decade in businesses ranging from software engineering, construction, international trade to global outsourcing, before returning to acting with works such as Kadal (2013), Thani Oruvan (2015), Dear Dad (2016), Dhruva (2016), and Bogan (2016). He is the host of the third season of Neengalum Vellalam Oru Kodi on STAR Vijay.