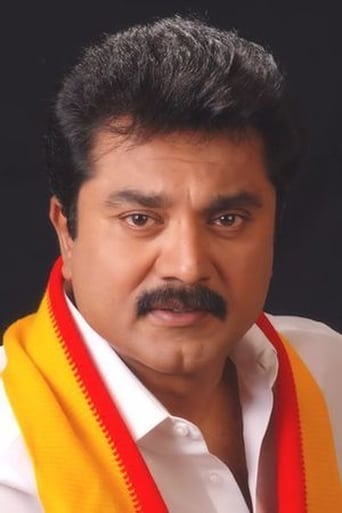 Ramanathan Sarathkumar is an Indian film actor, journalist, politician, the former president of the South Indian Film Artistes' Association and former body builder. Sarathkumar has acted in more than 130 Tamil, Malayalam, Telugu and Kannada films. He can speak Tamil, Telugu, Malayalam, Kannada and English fluently. In 1986, Sarathkumar started his acting career in the Telugu film Samajamlo Sthree. He first acted in negative roles, and later played minor roles before establishing himself as a lead actor in the subsequent years earning him the title Supreme Star in Tamil cinema. He has won two Tamil Nadu State Film Awards and three Filmfare Awards South. In 2007, he launched a new political party All India Samathuva Makkal Katchi (AISMK) in Tamil Nadu claiming to carry out the ideals of K. Kamaraj. He is the former Member of Legislative Assembly of Tenkasi constituency. He served as the president of the Nadigar Sangam from 2006 to 2015 for three consecutive terms.