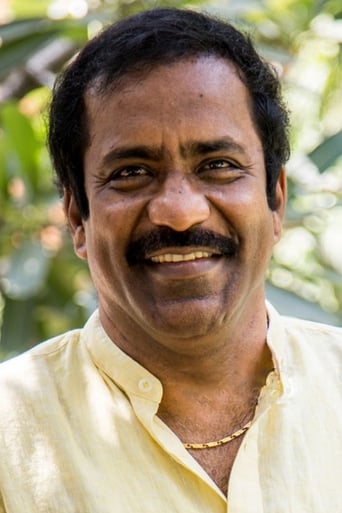 Charle sometimes credited as Charlie (born Manohar Velmurugan Thangasamy; born 6 March 1960) is an Indian actor who has acted in more than 550 Tamil films as a comedian and supporting actor. He completed his undergraduate degree in chemistry from G. V. N. College in Kovilpatti, Tamil Nadu. Even during those days when he was at college, he was known for his histrionics, and had the uncanny ability to imitate Tamil actors like Sivaji Ganeshan, Muthuraman, and Nagesh. He was an avid entertainer, and a popular stage artist, while at this college. He started his career as a Staff Artist – Actor in Song & Drama Division of Ministry of Information and Broadcasting and moved on to perform more than 1000 dramas in Six years. He was named as Charle and introduced in the film "Poikal Kuthirai" in the year 1982 by the eminent director Padma Sri Dr.K.Balachandar. He has proved as a versatile actor in comedy as well as character roles in Tamil, Telugu and Malayalam films; he has dubbed his own voice in his role in Malayalam film "Hijack". He has more than 550 films to his credit and has played a vital role in many films, including films produced by National Film Development Corporation of India. He is highly talented in miming, mono acting and anchoring in stage shows and he has performed in various countries. He holds a Master of Arts degree from Madurai Kamaraj University and Master of Philosophy degree from Karaikudi Alagappa University. He submitted his dissertation for M.Phil in the title, "Contributions of Comedians in the growth of Tamil cinema – 1937 to 1967".