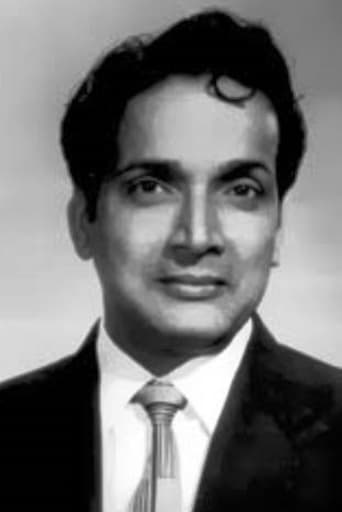 M. N. Nambiar (born Manjeri Narayanan Nambiar) was a film actor in Tamil cinema who dominated the industry in the role of villain for around 50 years. Also known as Nambiar Swami or Maha Guruswami, he was a spiritual leader who pioneered the movement of taking pilgrims to Sabarimala. Nambiar started as a hero, Nambiar Guruswami soon started donning the role of a villain — so much so that today his name is synonymous with villainy in Kollywood. Nambiar swami has worked with seven generations of actors. His first pay was Rs.3 with Boys Company. He would retain Rs.1 and send Rs.2 to his mother. He made quite a statement in the early 50s with his portrayal of 11 roles in Digambara Samiyar, one of his films as the Lead. His arresting performance in films such as Manthiri Kumari, Velaikaari, Ayirathil Oruvan, Thillana Mohanambal, Missiyamma and Nenjam Marappadillai paved way for a very successful career that spanned over five decades. A majority of the more than 1000 films that he has done is in Tamil, though he has acted in Telugu, Malayalam and Hindi, besides an English film `Jungle' (with Rod Cameron, the film's hero, directed by William Burke) in which he appears in a few brief scenes. The film was released in 1952. The Hindi film he acted in was a remake of the Tamil Kanavane Kankanda Deivam. After becoming popular in Tamil films he started his own drama troupe called Nambiar Nataka Mandram. They staged two plays — `Kaviyin Kanavu' and a comedy play `Kalyana Supermarket.' Nambiar swami was that rare contradictory personality - a cruel, charming villain on the silver screen while being a very pious man in real life. He was also a pure vegetarian and teetotaler. He was also an ardent devotee of Sabarimala Sri Ayyappan. He has had a long association with the temple, and visited the shrine more than 65 times over the last half a century; this has led to him being called Maha Guruswamy. His colleagues noted that he died during the famous Sabarimala season and it may be due to the blessing of his Lord.