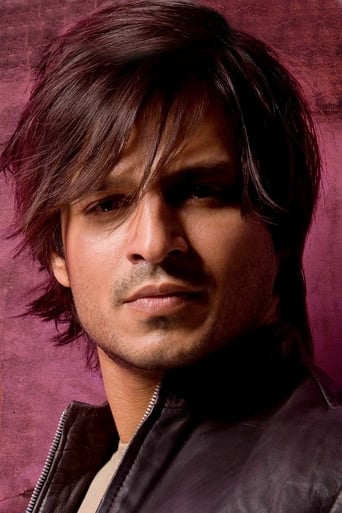 Vivek Oberoi (born Vivek Anand Oberoi) is an Indian film actor. He predominantly appears in Hindi films. He has won a number of awards, including two Filmfare Awards from five nominations. He is the son of Bollywood actor Suresh Oberoi. He made his Hindi film debut with Arvind Khoja and Ram Gopal Varma's super-hit Company (2002). His performance earned him several awards including the Filmfare Awards for Best Male Debut and Best Supporting Actor. He achieved wider success for his performances in the 2002 romantic drama Saathiya, the 2004 comedy Masti, the 2005 natural horror Kaal and the 2007 biographical action Shootout at Lokhandwala. In addition to his acting career, Oberoi is a philanthropist. He was awarded the Good Samaritan Award by Rotary International for his work with Project Hope and the Red and White Bravery Award in 2006 for helping re-build a village which was damaged by a tsunami. Oberoi serves as the World Health Organization's anti-tobacco spokesperson. He has been involved in projects such as Project Devi, the Cancer Patients Aid Association and Banyan, which works towards rehabilitating mentally challenged homeless women. He has also participated in stage shows, and featured as a talent judge for three seasons of the reality show India's Best Dramebaaz. He has featured on PETA's annual list of Sexiest Vegetarians on several occasions and is the founder of KARRM Infrastructures.