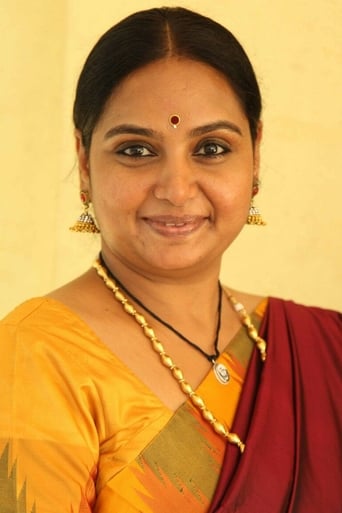 Girija (born 18 September 1975), known by her screen name Shruti, is an Indian actress, television personality and politician. As an actress, she is known for her work in Kannada cinema and has appeared in over 100 films. She is currently serving as chief secretary of Bharatiya Janata Party's women's wing in its Karnataka cadre. In addition to Kannada, Shruti has appeared in a handful Tamil and Malayalam films. She was among the leading actresses in Kannada cinema during the 1990s and has won three Karnataka State Film Awards and four Filmfare Awards South in her career spanning over 25 years. She is known for performance in films such as Gauri Ganesha (1991), Aagatha (1995), Kalki (1996), Gowdru (2004), Akka Thangi (2008) and Puttakkana Highway (2011). She is sister of actor Sharan. In 2016, she won the third season of the reality television show Bigg Boss Kannada. Shruti joined the Bharatiya Janata Party (BJP) in 2008. She was made the chairperson of the Karnataka Women and Child Development Corporation before being removed in 2009. In 2013, she joined the Karnataka Janata Paksha which eventually merged in 2014 with the BJP.