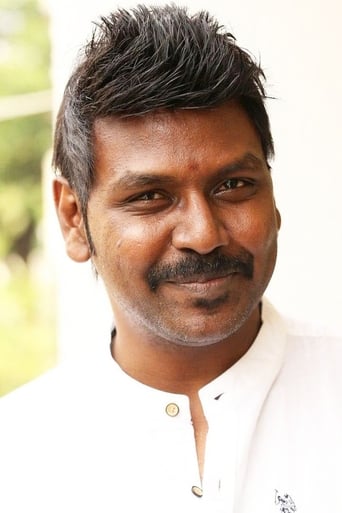 Raghava Lawrence is an Indian choreographer who has also appeared in films as an actor, director, composer and playback singer. After making his debut as a choreographer in 1993, he began looking for acting opportunities. He began his career as an actor in 1998, in a Telugu film, aged 22. He adopted the name "Lawrence" in 2001, and worked for many prominent actors and directors in Tamil cinema throughout his career. He got his breakthrough with Telugu film Style and then Muni. Lawrence is also known for his intricate hip-hop and westernised dance moves and has won 4 Filmfare Awards and 3 Nandi Awards for best choreography. In 2015, after the death of former Indian president A. P. J. Abdul Kalam, Lawrence set up a charity trust in his name and donated 1 crore to it. Lawrence had brain tumor when he was a child and rarely went to school. He got cured after his mother went to a temple of Raghavendra Swami and Lawrence strongly believes that it was Raghavendra Swami who cured him of his tumour.He became an ardent devotee of the deity and added its name to his name.