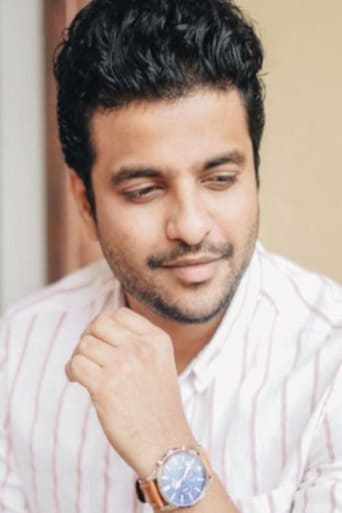 Neeraj Madhav (born 26 March 1990) is an Indian film actor and dancer who works in Malayalam films. Neeraj made his debut in Malayalam through the film Buddy (2013) directed by Raaj Prabavathy Menon. He's popular for his roles in Drishyam (2013), 1983 (2014), Sapthamashree Thaskaraha (2014), Oru Vadakkan Selfie (2015), Kunjiramayanam (2015), and Adi Kapyare Kootamani (2015) Neeraj is a native of Thiruvannur, Calicut. He did schooling from St. Joseph's Boys' Higher Secondary School Calicut. Then graduated in Visual communications from SRM University, Chennai and later did post-graduation in Theatre from School of Drama and Fine Arts, Thrissur. His father Dr. K. Madhavan is a veterinarian, and his mother Latha, a teacher. The young talent started off as a dancer with the first edition of reality television programme ‘Super Dancer’ on Amrita TV and made it to the final round. Neeraj is also a trained Bharata Natyam dancer, having learnt it under Kalamandalam Saraswathy and her daughter, Aswathy. He is also trained in the chenda and is a disciple of Kalanilayam Udayan Namboodiri. Neeraj also has a younger brother Navneeth, another dancer turned actor in the family. He has acted in films such as Shikkar, Nallavan and Manikyakkallu and TV series such as Kuttichathan. The actor made his entry to the Malayalam cinema industry through Raaj Prabavathy Menon's Buddy into which he was selected through an audition. He was later noticed by director Jeethu Joseph and was invited to be a part of his movies Memories and Drishyam both of which turned out to be huge box office hits. Meanwhile, Neeraj also acted in Abrid Shine's 1983 and Sathyan Anthikad's Oru Indian Pranayakadha. Anil Radhakrishnan Menon's Sapthamashree Thaskaraha - the story of seven innocent thieves in which Neeraj plays one of the lead characters alongside Prithviraj, Anoop Kannan's Homely Meals and Apothecary (film) - a medical drama directed by Madhav Ramadasan are also other noted performances of the actor. Neeraj also debuted as an official choreographer through Oru Vadakkan Selfie scripted by Vineeth Sreenivasan, with the fun song "Enne thallendammava". His other releases in 2015 also include Jamna Pyari, Kunjiramayanam, Madhura Naranga, KL.10 Pathu, Charlie and Adi Kapyare Kootamani. The upcoming movie Oozham, which has Prithviraj in the lead, will see Neeraj in a full-length role. The movie directed by Jeethu Joseph is expected to release in September this year, during Onam.