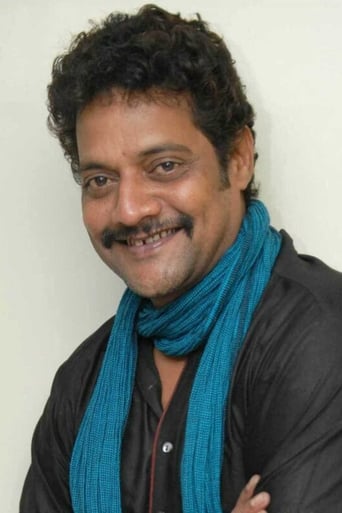 P. Ravi Shankar (born Pudipeddi Ravi Shankar Sarma) also known as Bommali Ravi Shankar or Sai Ravi is an Indian film actor, dubbing artist, director and writer. He primarily works in Telugu, Tamil and Kannada films. He dubbed for over 2600 films with more than 1000 films each in Telugu and Tamil languages.He dubbed for over 150 films each in Kannada and Malayalam films. He is the brother of popular Indian actor Sai Kumar.He won seven Andhra Pradesh state Nandi Awards for Best Male Dubbing Artist and one Tamil Nadu State Film Award for Best Male Dubbing Artist. He made his directorial debut with the Kannada film "Durgi" in 2002. He also worked as a dialogue writer and penned dialogues for over 75 Telugu films and 150 Tamil films. He also worked as a playback singer for films such as "Rakta Charitra" and "Bejawada". He won his first Filmfare Award for his performance in the film "Kempe Gowda".