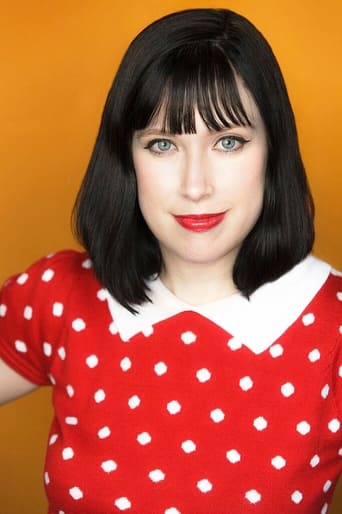 Alison Stolpa moved to LA after graduating with an MA in Music Business Studies from the University of Westminster (London), redirecting her superhuman ability to effortlessly memorize song lyrics and album credits toward learning her lines. As a teen, indie darling Parker Posey stole her heart in Party Girl - and Alison has followed a similar career path ever since, with the majority of her roles falling into two buckets: the hapless, sarcastic rock 'n' roll gal and the powerful yet unpredictable smartest person in the room. In a recent credit, I'll Be Around (2020), she portrayed an over-the-top synth player desperate to get onto the bill for the hottest post-punk music festival in the world (or in her world). The flick garnered the Best Indie Film Award at the Hollywood Reel Independent Film Festival. A recovering record store clerk and cheesemonger, she is developing a short film about the horrors of online wellness programs, a web series about the challenges of starting a cult for business (AND pleasure!), and a feature film about lust, boredom, and obsession in the LA music scene. She wants you to know that she skipped a grade in high school French class, possesses a truly dazzling collection of vintage fake fur coats, and hasn't killed a houseplant for at least six months now.