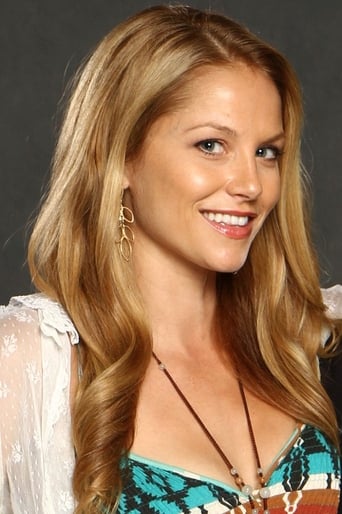 Hollman is widely recognized for starring as "Saxa" on the hit STARZ series SPARTACUS: WAR OF THE DAMNED and SPARTACUS: VENGEANCE, one of the most buzzed about shows in STARZ history. A seasoned jiu-jitsu practitioner, Hollman is also known for her serious ass kicking in major roles on NCIS: NEW ORLEANS as recurring antagonist/assassin "Amelia Parsons" and AMC's groundbreaking martial arts series INTO THE BADLANDS. Other credits include recurring roles on Ryan Murphy's series 9-1-1 on FOX, Navy SEAL Series SIX on A&E as well as LETHAL WEAPON and HAWAII 5-0. Born in Michigan, Hollman was raised by her father Hart Hollman, a violist for the Detroit Symphony Orchestra, and her mother Julie, a master pianist. No stranger to the arts, Hollman spent countless hours in the Opera House and Orchestra Hall surrounding herself with classical brilliance. In her teen years, she decided to pursue a career in the arts herself, and moved to New York City. There, she studied at various acclaimed acting studios and honed in on her craft of choice: bringing to life a versatile array of characters on stage and on the silver screen. In 2004, Hollman moved out to Los Angeles. Within one year of being in LA, she started landing projects. Aside from acting, Hollman is the CEO of Visual Impact Now, a non-profit based in Los Angeles. Visual Impact Now has served as a fundraising and awareness arm for their partner ONE SIGHT, to provide free eye exams and glasses to children and families who are unable to afford it. They have been involved with various high profile events including the GOLDEN GLOBES STYLE LOUNGE, COACHELLA, SUNDANCE, LA FASHION WEEK, and more. Their Host Committee Members and supporters have included Zoe Saldana, Chris Pine, Debra Messing, Malin Akerman, Shaun White, January Jones, and Taylor Lautner, to name a few. Over the years they have serviced over 7,000 LA youth with eye care and glasses.