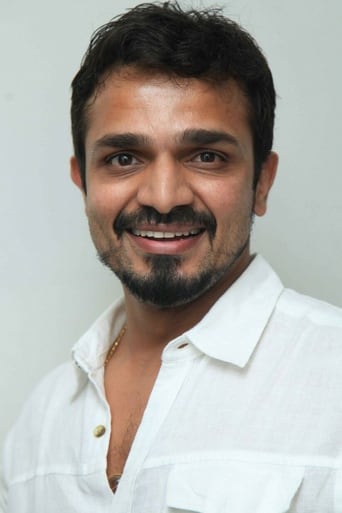 Vijay Raghavendra is an Indian film actor who appears predominantly in Kannada films. Referred to popularly as "Chinnari Mutha", Vijay is the son of producer S. A. Chinne Gowda and nephew of actor Rajkumar. Vijay started his career as a child artist through the film Chalisuva Modagalu (1982) and won critical acclaims for his performances in Chinnari Mutha (1993) and Kotreshi Kanasu (1994). The latter film won him the National Film Award for Best Child Artist. His first adult lead role was in Ramoji Rao's production titled Ninagagi in 2002, which was a commercial success and one of the highest-grossing films of the year. However, his subsequent projects under-performed at the box office until he was noticed for his role in the T. S. Nagabharana's period drama Kallarali Hoovagi in 2006, followed by his home production film Sevanthi Sevanthi in the same year. For playing the role of Puttaraj Gawai in the biographical film Shivayogi Sri Puttayyajja in 2016, Vijay won the Karnataka State Film Award for Best Actor. In 2013, by public vote, Vijay won the first season of the game show Bigg Boss – the Indian version of Celebrity Big Brother, currently produced by Endemol India.