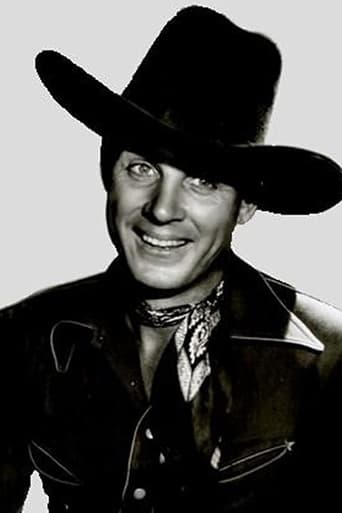 ​From Wikipedia, the free encyclopedia Robert Livingston (December 9, 1904 – March 7, 1988) was an American film actor. He appeared in 135 films between 1921 and 1975. Often billed as "Bob Livingston," he was the original "Stony Brooke" in the "Three Mesquiteers" Western B-movie series, a role later played by John Wayne for eight films. He also portrayed the Lone Ranger in a mysterious 1939 serial directed by William Witney and co-starring Chief Thundercloud as Tonto, most of which is currently believed to be lost. Livingston was born in Quincy, Illinois and died in Tarzana, California from emphysema. He was buried in Glendale's Forest Lawn Memorial Park Cemetery. Description above from the Wikipedia article Robert Livingston (actor), licensed under CC-BY-SA, full list of contributors on Wikipedia.