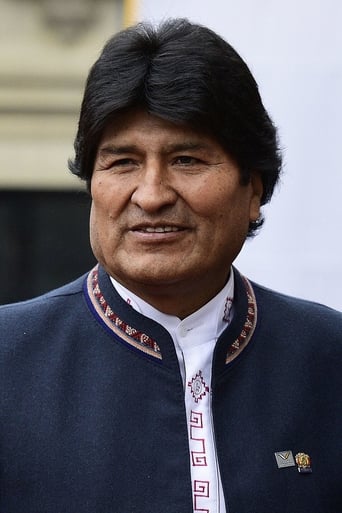 From Wikipedia, the free encyclopedia. Juan Evo Morales Ayma (born October 26, 1959), popularly known as Evo, is the 80th and current President of Bolivia, having held that position since 2006. Politically a socialist, his presidency has also seen a focus on implementing socialist policies in the country, introducing land reforms, nationalising various key industries and opposing United States and corporate involvement in the country's politics. Born into a working class family in Isallawi village in the Orinoca Canton, Evo is of native Aymara descent. Initially pursuing various manual jobs such as llama herding, he eventually settled into growing coca, becoming actively involved in the cocalero movement, the coca growers' trade unions. Morales was first elected President of Bolivia on December 18, 2005, with 53.7% of the popular vote. Two and a half years later he substantially increased this majority; in a recall referendum on August 14, 2008, more than two thirds of voters voted to keep him in office. Morales won presidential elections again in December 2009 by 63% and continued to his second term of presidency. Morales is the leader of a political party called the Movement for Socialism (Movimiento al Socialismo, with the Spanish acronym MAS, meaning "more"). MAS was involved in social protests such as the gas conflict and the Cochabamba protests of 2000, along with many other groups, that are collectively referred to as "social movements" in Bolivia. The MAS aims at giving more power to the country's indigenous and poor communities by means of land reforms and redistribution of gas wealth. Morales is also titular president of Bolivia's cocalero movement – a loose federation of coca growers' unions, made up of campesinos (rural laborers) who are resisting the efforts of the United States government to eradicate coca in the province of Chapare in central Bolivia. A critic of the United States' foreign policy and the involvement of transnational corporations in Latin America, he has been a firm ally of the socialist governments of Hugo Chávez in Venezuela and Fidel Castro in Cuba. In October 2009, Morales was named "World Hero of Mother Earth" by the General Assembly of the United Nations. Description above from the Wikipedia article Evo Morales, licensed under CC-BY-SA, full list of contributors on Wikipedia