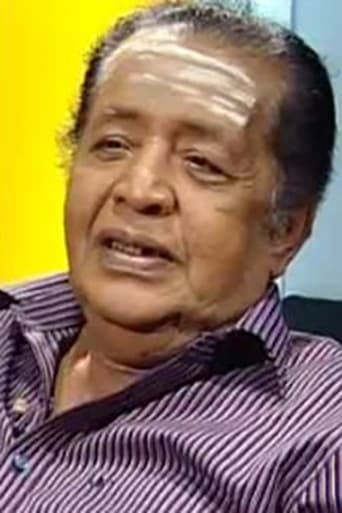 Poojappura Ravi is an Indian actor, primarily concentrating in Malayalam films doing comedy roles.He was a stage actor and was a part of Kalanilyam Drama Vision, the famous drama institution. He started doing Malayalam films in mid-1970s. He has done many " black and white " movies produced in Kerala. Ravi is actually a very flexible character actor who can do almost any roles which is evident from his movies. Even though the exact count of his movies list are not updated, he has surpassed 600 films. In the 1990s he also did TV serials. Now he still continues as a busy actor in both Malayalam television and movies.