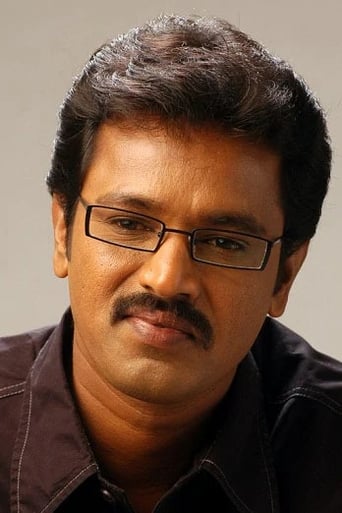 Cheran is an Indian film director known for his works in Tamil cinema. He is a four time National Film Award winner for Vetri Kodi Kattu (2000), Autograph (2004) and Thavamai Thavamirundhu (2005). He has also won four Tamil Nadu State Film Awards and five South Filmfare Awards. In the film Puriyaadha Pudhir, he worked as an assistant director to Director K. S. Ravikumar. He was promoted as an associate director from Cheran Pandiyan to Nattamai. He also associated with Kamal Haasan in the movie Mahanadi as an associate director. He made his directorial debut in Bharathi Kannamma a break to his film career through Producer Henry. The film met many controversies. In spite of it, the film was a big box office hit and gave a break to the sinking career of actor Parthiban. With Porkkaalam, Pandavar Bhoomi, and Vetri Kodi Kattu, he gave a hat trick of successful films. He turned actor in director Thangar Bachan's film Solla Marandha Kadhai.