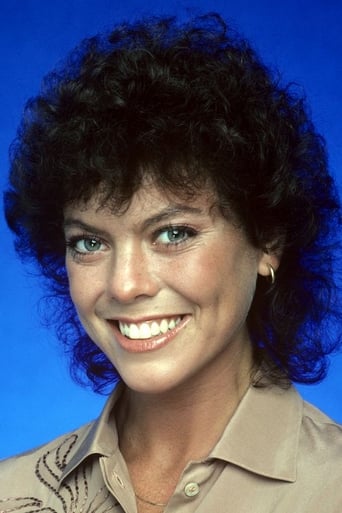 Moran's first acting role was at the age of five, in a television commercial for First Federal Bank.[3] At the age of six, she was cast as Jenny Jones in the television series Daktari,[5] which ran from 1966 to 1969. She made her feature-film debut in How Sweet It Is! (1968) with Debbie Reynolds,[6] and made regular appearances on The Don Rickles Show in 1972, and guest appearances in The Courtship of Eddie's Father, My Three Sons, Bearcats!, and Family Affair. As a young child, she also appeared in the television series Gunsmoke.[7] In 1974, at the age of 13, Moran was cast to play her best known role, Joanie Cunningham on the sitcom Happy Days, the feisty younger sister of Richie Cunningham (Ron Howard). Moran continued the role in 1982, in the short-lived spin-off series Joanie Loves Chachi, alongside Scott Baio, although she later stated that she had only reluctantly agreed to star in the series; she would have preferred to remain with Happy Days.[8][9] She won the Young Artist Award for Best Young Actress in a New Television Series for her role.[10][11] After Joanie Loves Chachi's cancellation in 1983, she returned to Happy Days for its final season.[12] In 1983, Moran said in an interview that the Happy Days producers had pressured her to change from about the age of 15: they had "suddenly wanted me to lose weight and become this sexy thing