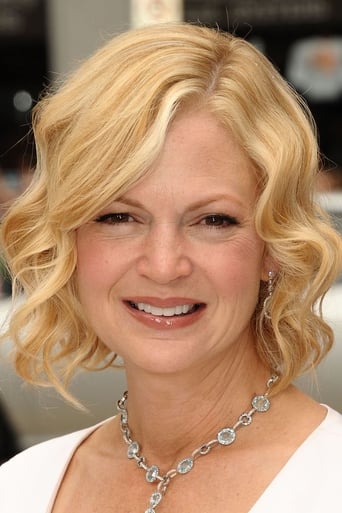 Dina Spybey (born August 29, 1965) is an American actress, known as Dina Waters since her 2000 wedding to director Mark Waters. She has appeared in more than 20 films, including John Q., subUrbia and The Haunted Mansion. She is perhaps best known for her role as Tracy Montrose Blair on the first season of Six Feet Under. She played "young Elise Eliot" in The First Wives Club. She was in Greg the Bunny, and Remember WENN, and also played a stripper colleague of Demi Moore's in Striptease. She played a large supporting role in husband Mark Waters' film Just Like Heaven (2005), which starred Reese Witherspoon, Mark Ruffalo, and Jon Heder. She also had a small role in Waters' Freaky Friday. She also appeared in the ninth season premiere of Frasier ("Don Juan in Hell") in 2001 in the role of Nanette Guzman, Frasier Crane's first wife. She was one of three actresses to play the role over the course of Cheers and Frasier (the others were Emma Thompson and Laurie Metcalf). She attended Winterset Elementary, Ridgeview Jr. High School, Centennial High School, and The Ohio State University, all in Columbus, Ohio.