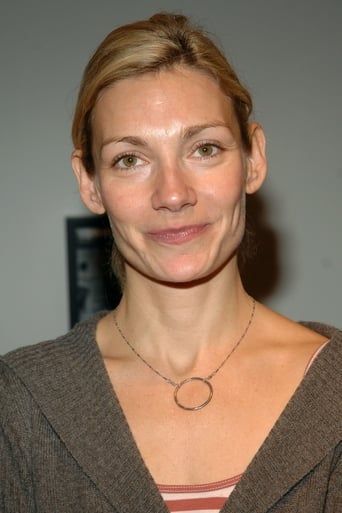 Beth Ehlers /ˈɛlərz/ is an American actress. She is known for playing Harley Cooper, between 1987 and 2008, on CBS's daytime drama Guiding Light. Ehlers grew up in New York City and begin appearing in television commercials at the age of nine. As a child actress, her first role was in the 1981 television film Family Reunion starring Bette Davis. She was cast in several other television films, including "In Defense of Kids" and "Mystery at Fire Island". Her big screen debut was in the film The Hunger with David Bowie and Catherine Deneuve. She was also featured in the feature film Hiding Out and the NBC TV series The Best Times which was in the vein of Fast Times at Ridgemont High, and the later, Beverly Hills 90210. To date, Ehlers' role of note has been her portrayal of Harley Cooper on Guiding Light, a role she originally played from 1987 to 1993. The character of Harley was a bad girl with a heart of gold — the character was introduced giving birth to her illegitimate daughter in the back seat of a car — and Ehlers' portrayal won her praise and many fans, eventually making the character of Harley a linchpin character. Ehlers left the show in 1993, along with co-star Mark Derwin, to relocate to California. After her relationship with Derwin ended, Ehlers worked as a production assistant on commercials and music videos. She was featured in the 60th anniversary show for Guiding Light in January 1997. Fan response was so overwhelmingly positive that the producers asked Ehlers to return as a contract player. During her time on "GL", she was nominated five times for a Daytime Emmy (for Outstanding Younger Actress, in 1992 and 1993; Outstanding Supporting Actress in a Drama Series in 1999 and 2002, and in 2006 for Outstanding Lead Actress in a Drama Series). She was the first daytime actress to ever be nominated in all three categories. This page is based on a Wikipedia article written by contributors. Text is available under the CC BY-SA 4.0 license; additional terms may apply.