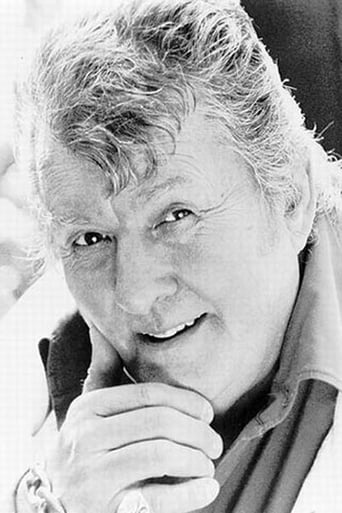 Tommy Dysart is a Scottish-born actor, currently resident in Australia. Dysart has been a regular fixture on Australian television for several decades, frequently appearing in guest-starring roles in drama series and comedies, and in character roles in films and miniseries. High-profile early roles included appearances in Skippy the Bush Kangaroo, Phoenix Five, and several roles in the Crawford Productions police drama series Homicide, Division 4 and Matlock Police. In the early 1980s he played what is perhaps his best-known acting role, that of vicious and corrupt prison officer Jock Stewart in Prisoner. In the storyline, after being fired from the prison service Stewart admitted to prisoner Judy Bryant that he was the one responsible for murdering her lesbian lover, fellow prisoner Sharon Gilmour. This revelation brought to a close a murder-mystery storyline in the series but launched a long-running story-arc where Bryant repeatedly escaped from prison in a succession of attempts to exact her revenge on Stewart. After this Dysart continued in guest-starring television roles in drama series and situation comedies, and appeared in many feature films. His films included The Man from Snowy River (1982), Bliss (1985), Garbo (1992), and Flynn (1996). Television roles of the 1990s included appearances in All Together Now, The Games, State Coroner, Blue Heelers, Something in the Air and Neighbours. He also provided the voice for Captain Griswald in Anthony Lucas' animated short film The Mysterious Geographic Explorations of Jasper Morello (2005). Starting in the 1990s he appeared in a series of well remembered advertisements for the Yellow Pages where he calls a series of mechanics about his problematic Goggomobil. He was also known for playing a recurring character of a Mafia-boss like butcher in advertisements for Don's Smallgoods. In the early 2000s he continued his Goggomobil persona advertising Shannons Insurance. The concept played on the role of a person searching for the car parts as any car enthusiast would. Telstra challenged this in the Supreme Court and Shannons withdrew the advertisements, but continued with Dysart and the accent (which Dysart insisted was his own and could not change). The adverts continue and Shannons Insurance also owns several of the Goggomobil cars which feature regularly in their shows. Tommy has enjoyed a long friendship and working relationship with director/writer Frank Howson in the movies Backstage, Boulevard of Broken Dreams, What The Moon Saw, Flynn, Crime Time, The Final Stage, The Lucky Country, and their most recent collaboration is the award winning film Remembering Nigel, which also stars Tommy's wife Joan and son Kole. He is married to actress Joan Brockenshire. Description above from the Wikipedia article Tommy Dysart, licensed under CC-BY-SA, full list of contributors on Wikipedia.