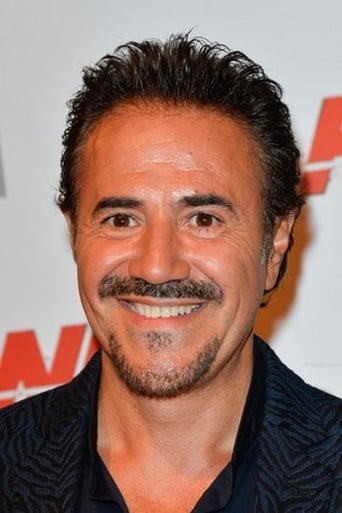 José Doval Garcia (born 17 March 1966), sometimes credited as José Luis Garcia, is a Spanish-French film and television actor. He was born as José Doval in Paris, France. At age 20, he follows two years of training in free class comedian Cours Florent in Paris with Francis Huster as a teacher. He completed his training through the Annie Fratellini Circus School (where he met his future wife Isabelle Doval) and following the course of the Actors Studio taught in France. He also holds an accounting BEP. Since 1989, Garcia has made acting appearances in over forty-five films. Additionally, he has made appearances, some in acting roles but mostly as himself, in over twenty television productions. Source: Article "José Garcia (actor)" from Wikipedia in english, licensed under CC-BY-SA 3.0.