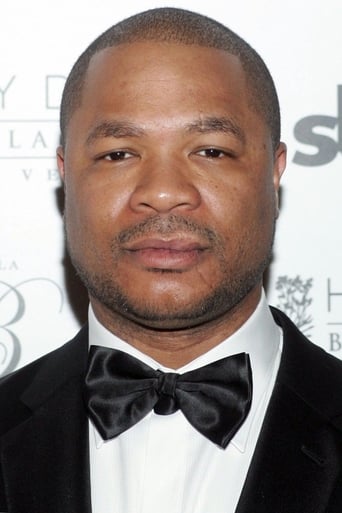 From Wikipedia, the free encyclopedia. Alvin Nathaniel Joiner IV (born September 18, 1974), better known by his stage name Xzibit (pronounced as "exhibit"), is an American rapper, actor, and television host. He is known as the host of the MTV show Pimp my Ride, which brought him mainstream success. Before hosting the show, he achieved fame in the West Coast hip-hop scene as a rapper, debuting with his acclaimed At the Speed of Life and gathering chart success with his follow-up albums Restless, Man vs. Machine and Weapons of Mass Destruction, working with high-profile artists such as Eminem, Snoop Dogg, Dr. Dre, Method Man, Game and 50 Cent. After his largely unsuccessful sixth studio album Full Circle, his rap career was put on hold. He also built himself a second leg as an actor, starring in Hollywood blockbusters such as 8 Mile, xXx: State of the Union, Hoodwinked, Gridiron Gang, The X-Files: I Want to Believe and Bad Lieutenant: Port of Call New Orleans. Description above from the Wikipedia article Xzibit, licensed under CC-BY-SA, full list of contributors on Wikipedia