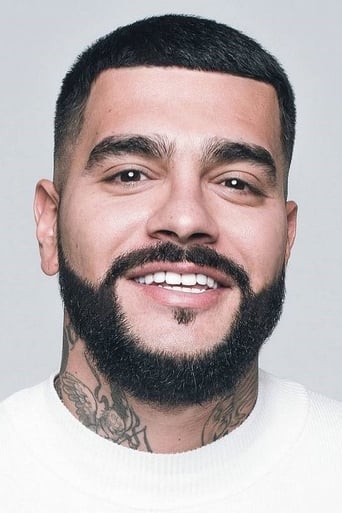 Russian hip-hop artist, singer, music producer, actor and entrepreneur is also a graduate of Star Factory 4. In 1998, Timur Yunusov at the age of 14-15 established the VIP77 group. In 2000, he worked as a back-MS for Decl. In 2012, he became the ambassador of the Universiade 2013, which was held in Kazan. October 12 saw the presentation of the video clip “Sex in the Bathroom” at the Posh Friends Club. November 29 - Timati recital titled "#David Dreams" in Crocus City Hall (Moscow). In early February 2013, the shooting of the video clip for the soundtrack for the film "Classmates.ru" with the participation of Snoop Dogg. Director Pavel Khudyakov. The fourth studio album 13 was released on October 28. In 2014, he voiced the crime boss Tremaine in the Russian version of the film “13th District: Brick Mansions”. Released his own film "Capsule". The track “Beard” was released together with MC DONI. A clip for the song "Ponty" from the album "13" was released. The track was released together with Natan’s “Bomb Girl”. In 2015, the track was released together with Natan “Hey, why are you so impudent?”, With Sasha Chest “My best friend, this is President Putin.”, Clips from L'One “Utesov”, with Zaka “Pishpek - razrulit” , L'One “Finally I will say”, with L'One and Pavel Murashov “Even before the start is far away”. The TRP tour in Russia was held together with L’One. In 2016, a track and clip was released together with Pavel Murashov “Home”, a track and clip “Eggplant” together with the “Record Orchestra” group, a track together with Grigory Leps “Let Me Go”, a track “On Last Love on Earth”, a track together with A'Studio “The Little Prince”, the clip “Keys to Paradise”, the clip “Magician”, a track and a clip were released together with Yegor Creed “Where are you, where am I”. Passed the tour "Olympus" in Russia. He starred in the Tantum Verde Fort commercial. He starred in the video “Live” (co-author of the lyrics). In 2017, he recorded a joint track and shot a clip with Guf, called "Generation".