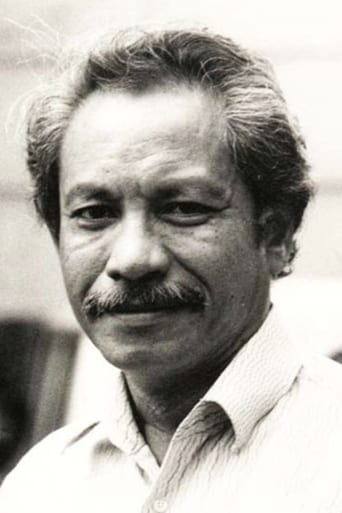 Piet Burnama is an Indonesian actor, screenwriter, and film director, popular during the 60-90s. Pieter Moses Burnama (born in Cirebon, West Java, August 8, 1934 - died in Bekasi, West Java, 6 November 2010 at the age of 76), better known by his stage name Pietrajaya Burnama or Piet Burnama, is an actor Indonesian director who was popular in the era of 1960 to 1990. His parents came from the Moluccas who migrated to Java in the days before the independence. Most comedy and action-themed movies. Often also played in comedy movies Warkop in the 1980s-199s. His name is contemporary with senior actors such as Rachmat Hidayat, Kusno Sudjarwadi, Maruli Sitompul, and W.D. Mochtar. The films are widely played by veteran actors such as Bambang Irawan, Ratno Timoer, and Rachmat Kartolo. From Wikipedia, the free encyclopedia