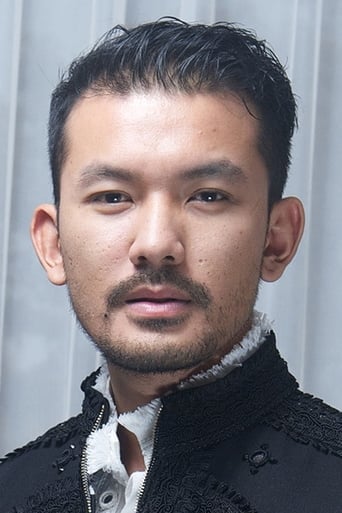 Rio Dewanto (born in Indonesia, August 28, 1987) is an Indonesian actor and singer. His name is widely known through his roles in television films including Pulang Malu Ngga Pulang Rindu, Rocker Pulang Kampung, Cinta Datang saat kamu tidur. He has already played more than 30 FTV titles. Early in his career in feature films when appointed as extras in the film Ratu Cosmopolitan and the Forbidden Door. In 2011 Rio got the main role in a film done by Hanung Bramantyo entitled Question Mark. After that, he got a role as a homosexual in the film Arisan! 2 by Nia Dinata and was entrusted by Rudi Soedjarwo to portray the character of Pak Wisnu in the Garuda film in My Chest 2 as Coach. In 2011 he became the main character in a film directed by Joko Anwar entitled "Modus Anomali" and had the opportunity to act with Atiqah Hasiholan in South Korea in a film called "Hello Goodbye". At the end of 2011 Rio also played in a film production involving Indonesian and Hollywood actors namely Mickey Rourke, Kellan Lutz, Ario Bayu, Tio Pakusadewo, Atiqah Hasiholan and many more.