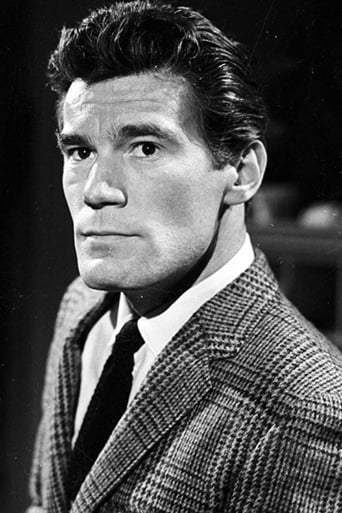 Mitchell Ryan (born January 11, 1934) is an American actor most recently known for playing Edward Montgomery on Dharma & Greg. Ryan was born in Cincinnati, Ohio and raised in Louisville, Kentucky. He served in the US Navy during the Korean War. After the Korean War, he went to the Barter Theatre in Abingdon, Virginia. There he went on to make his acting debut in Thunder Road along with the Theatre's founder Robert Porterfield. Ryan was an original cast member on Dark Shadows, His other acting credits include Halloween: The Curse of Michael Myers, Liar, Liar, Magnum Force, Lethal Weapon, Grosse Pointe Blank, Electra Glide in Blue, and Hot Shots! Part Deux. In 1973, he played the lead on Chase. His Broadway theatre credits include Wait Until Dark, Medea, and The Price. Ryan has been married and divorced twice and is the father of three children. Description above from the Wikipedia article Mitchell Ryan, licensed under CC-BY-SA.