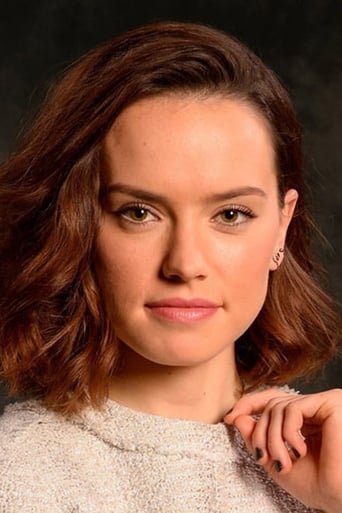 Daisy Jazz Isobel Ridley (born 10 April 1992) is an English actress. Ridley was born in Westminster, London. Her great-uncle was actor and playwright Arnold Ridley, of Dad's Army fame. She attended Tring Park School for the Performing Arts in Hertfordshire, graduating in 2010 at the age of 18. Ridley has appeared in the television programmes such as Toast of London, Youngers, Silent Witness, Mr Selfridge and Casualty. She also appeared in the short film Blue Season, which was entered into the Sci-Fi-London 48-Hour Film Challenge. She played the lead in film three of Lifesaver, an interactive film which was nominated for a BAFTA British Academy Award. She has also appeared in the music video for Wiley's song "Lights On". In April 2014, it was announced that she will play Rey, one of the lead characters in Star Wars: The Force Awakens. She was chosen for the film in February 2014. The casting of Ridley has generally been seen as a deliberate move from director J. J. Abrams, as he wishes to repeat the casting of relatively unknown actors for the lead roles like George Lucas did with the first Star Wars film in 1977. After receiving several competing offers, Ridley switched from her original talent agency Jonathan Arun to the United Talent Agency in August 2014. Following a two-month stint with UTA, Ridley signed on with the Creative Artists Agency in October 2014.

Born:
Apr 10, 1992 In Westminster, London, England, UK
Movie/TV Credits:
36
First Appeared:
In the movie The Ice Beneath Her
Latest Project:
Movie The Inventor 2022