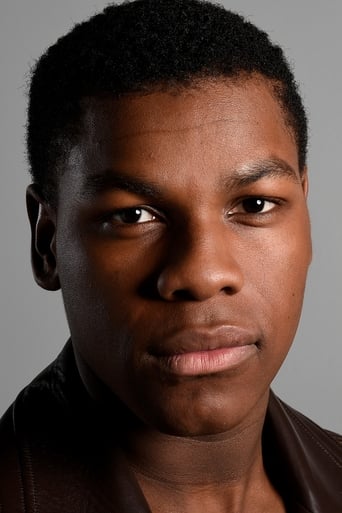 John Boyega (born 17 March 1992) is a British actor, best known for playing Finn in the 2015 film Star Wars: The Force Awakens. Boyega was born in Peckham, London, to Nigerian parents. His first role was that of a leopard in a play at his primary school at the age of five. He attended Westminster City School as a teenager. He later took part in various school productions and attended classes at Theatre Peckham. He was a performing arts student at South Thames College in Wandsworth and was active in theatre productions there, including the lead in Othello in 2010.