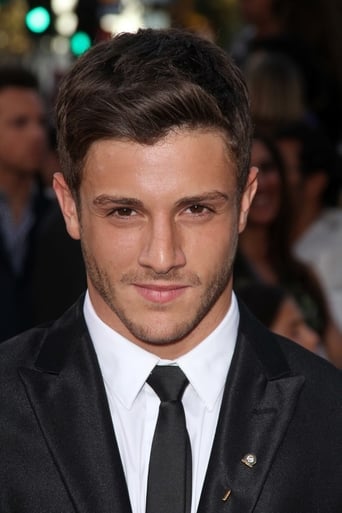 Misha Gabriel (born May 13, 1987), also known as Misha Gabriel Hamilton, is an American dancer, choreographer, and actor. He is known for dancing mainly in the shows of Janet Jackson and Michael Jackson, and for his role as Eddy in Step Up Revolution (2012) and Step Up: All In (2014). Gabriel was born in Fort Lauderdale, Florida. His mother, Irina Brecher, is a ballet dancer from Romania. Gabriel, who was raised in Larkspur, Colorado, began dancing at the early age of two years old. He appeared with Janet Jackson for three years in a number of her videos, TV shows, and live performances. He also took part in shows by Mariah Carey,Beyoncé, Christina Aguilera, Chris Brown, Ne-Yo, The Pussycat Dolls, Hilary Duff, John Legend, Kylie Minogue, andOmarion. He has worked in several American commercials and in the movies Jackass 2, Clerks 2, and Center Stage: Turn It Up. Gabriel was selected as a principal dancer for Michael Jackson's This Is It concerts and was set to perform in all 50 shows scheduled for the O2 Arena in London, England. The concerts were canceled 8 days before the dancers were set to travel to London due to Michael Jackson's death. Gabriel was subsequently featured along with the 10 other dancers in the concerts' behind the scenes film, Michael Jackson's This Is It. He then appeared in a major role, as Eddie, Sean (Ryan Guzman's) best friend, in the film Step Up Revolution (2012), directed by Scott Speer.