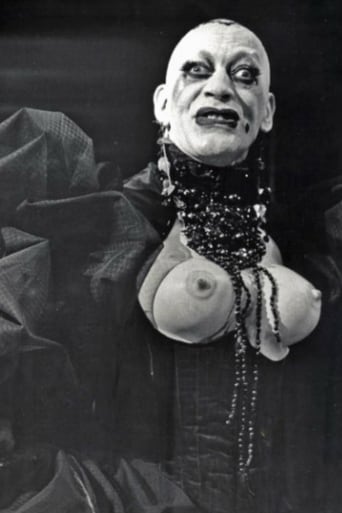 Jack Birkett was born on June 11, 1934 in Leeds, Yorkshire, England. He was an actor, mime artist, dancer and singer, a contemporary of Lindsey Kemp and a key member of his troupe. Often billed as Orlando, or The Incredible Orlando, Birkett was born to a Romani family and worked as an arrist's model for David Hockney before finding work as a stage hand at Leeds' Grand Theatre in 1950. He began to lose his sight in 1966, he then gradually became completely blind and was so for more than the last three decades his life. A regular cohort of the arthouse filmmaker Derek Jarman, Birkett appeared in Jubilee, The Tempest, Caravaggio and The Garden for the director. He retired from performing in the 1990s, living with his partner the Spanish artist and writer Nyako Nakar in Barcelona and London. He died on May 10, 2010 in London, aged 75.