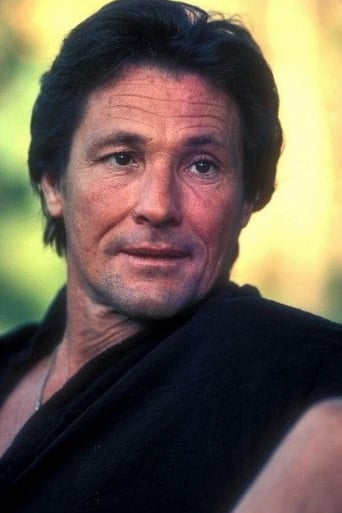 William Smith is an American film and television actor who has appeared in more than 300 feature films and television productions, best known for playing Anthony Falconetti on the TV mini series "Rich Man, Poor Man". He holds a BA from Syracuse and an MA in Russian Studies from UCLA. Born in Columbia, Missouri, Smith began his acting career at the age of eight in 1942; he entered films as a child actor in such films as The Ghost of Frankenstein, The Song of Bernadette and Meet Me in St. Louis. He was a regular on the 1961 ABC television series The Asphalt Jungle, portraying police Sergeant Danny Keller. One of his earliest leading roles was as Joe Riley, a Texas Ranger on the NBC western series Laredo. In 1967, Smith guest starred as Jude Bonner on James Arness's long-lived western Gunsmoke. Smith was cast as John Richard Parker, brother of Cynthia Ann Parker, both taken hostage in Texas by the Comanche, in the 1969 episode "The Understanding" of the syndicated television series Death Valley Days, which was hosted by Robert Taylor. In the story line, Parker contracts the plague, is left for dead by his fellow Comanche warriors, and is rescued by his future Mexican wife, Yolanda (Emily Banks). He played outlaw turned temporary sheriff Hendry Brown in the 1969 episode "The Restless Man". In that story line, Brown takes the job of sheriff to tame a lawless town, begins to court a young woman (again played by Emily Banks), but soon returns to his deadly outlaw ways in search of bigger thrills. On Gunsmoke, Smith appeared in a 1972 episode, "Hostage!"; his character beats and rapes Amanda Blake's character Miss Kitty Russell and shoots her twice in the back. Smith has been described as the "greatest bad-guy character actor of our time".