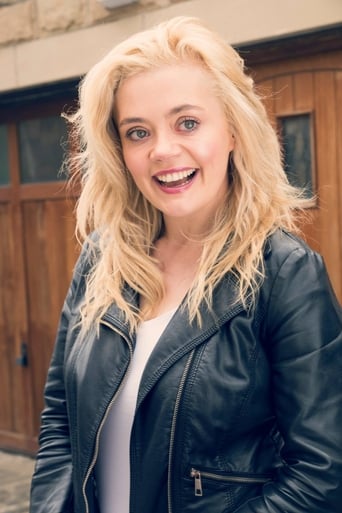 Vivien Taylor is a British actress who is no stranger to a film set, theatre or voiceover booth. Born in Glasgow, Scotland Vivien often acts as the 'Scottish Lass' but has also played English and American characters over the years. ​Vivien prides herself on being a versatile performer and loves exploring roles from princesses, to drug addicts to blonde bimbos to police officers! ​2018 was off to a great start when Vivien was nominated as Best Lead Actress in the Amsterdam International Filmmaker Festival and the Madrid International Film Festival for her portrayal as Jennifer in UK feature film TRAIN SET. Other highlights were as drug addict Sheena in Wayne Thallon's dark comedy feature film A Spanking in Paradise (2010) which along with The Dunwich Horror (2010) (in which Vivien played Lavinia Whateley) gained 'Best of the Fest' at the 64th Edinburgh International Film Festival. After showing how physically versatile Vivien was whilst appearing as a host of characters in CBBC's Hedz (2007), she was cast as the grotesque zombie matron in Outpost: Black Sun (2012), and appeared as the same character in pre-zombie form the following year in the prequel, Outpost: Rise of the Spetsnaz (2013) which was shown at the Edinburgh International Film Festival. Vivien has also provided many of the voices in CBBC's OOglies.