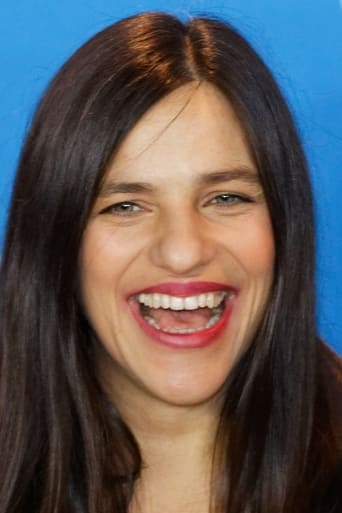 Bea Palya (born Beáta Palya in Makó, 11 November 1976) is a Hungarian folk and world music singer and songwriter, sometimes appearing in films as an actress or singer. In her early years she was influenced by Hungarian folk songs, Bulgarian, Jewish and Gypsy music, following her multiple ethnic roots. Side by side with her musical career, she developed a career in the film industry. She sang the title song for the Hungarian film Portugal (2000). As an amateur actress, Palya appeared in a supporting role in Miklós Jancsó's A mohácsi vész (2004). She played a more important role in French film Transylvania (2006), and sang in Kolorado Kids (2010). In 2017, she made her feature film debut with a leading role in Etienne Comar's biographical film, Django (2017) as the gypsy wife of the title character, guitarist Django Reinhardt. She grew up in the Hungarian village Bag, where she danced and sang in the local dance-group. She continued her education in Budapest at Apáczai Csere János Gimnázium, than studied ethnography at Eötvös Loránd University. She graduated in 2002. Initially, she sang in the Hungarian folk music groups Zurgó and Laokoón and began her solo career in 2002. She performs Hungarian and Bulgarian folk music as well as jazz and world music. She also studied both Indian and Persian music. Source: Article "Bea Palya" from Wikipedia in english, licensed under CC-BY-SA 3.0.