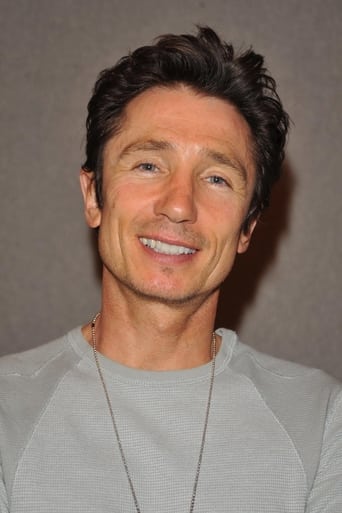 From Wikipedia, the free encyclopedia. Dominic Keating (born 1 July 1962, height 5' 8" (1,73 m)) is an English television, film and theatre actor, known for his portrayal as Lt. Malcolm Reed on Star Trek: Enterprise. Keating was born in Leicester to an Irish father; his grandfather, a brigadier, was awarded an OBE. His first stage performance was in primary school, playing a character in The Ragged School. He then attended Uppingham School. After graduating from the University College London with First Class Honours in History, he tried various jobs before deciding to be a professional actor. To obtain his Equity card, Keating worked in a drag act called Feeling Mutual. As of 2005, Keating maintains homes in both London and Los Angeles. He enjoys golf, swimming, music, boogie boarding, tennis, reading and travelling.