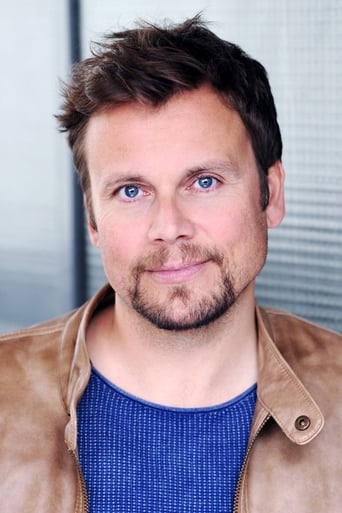 Heiko Obermöller started his theatrical life at the age of 16 singing and acting in several musicals such as "Jesus Christ Superstar," in which he toured all over Germany in 1990. He was soon spotted by a German casting director, who, impressed by his talent, invited him to a TV audition, which led to Heiko's first episodic lead in German television. Around the same time he won first prize in a competition for young German pianists, and at the tender age of 19 he was suddenly confronted with a major problem: Which profession should he choose? Acting or music? So, of course he wound up going to law school! However, he somehow found the time to continue his acting career, which led him to a continuing role in the German soap opera "Jede Menge Leben," followed by his first leading role in RTL's prime time series "Titus, der Satansbraten." He also worked in feature films and had another regular role in the longtime hospital series "St. Angela." Heiko's musical career also flourished, and in 1996 he was selected to sing in the German Boy Band "One Way" and released his first recording, "Joy and Pain." All this while still studying torts and misdemeanors! Plus, around that time he also started a successful career as a voice artist, starring in several radio plays for the WDR radio station. He became one of the top voice-over talents in Germany, acting in commercials, film dubbing and narration, continuing to this day. Then, when he was still only 25, he met Professor Rudolf Debiel, a well-known actor and director, who worked with Erwin Piscator and Peter Zadek, and who soon became his mentor. Professor Debiel invited Heiko to join the Freie Literaturbühne, his theatre group in Cologne, and for the next four years he starred in many of Professor Debiel's plays. During that time, Heiko also performed in theatre engagements in Bochum at the "Comödie" and in Krefeld's "Kresch-Theater." But while theatre remained Heiko's love and passion, he realized he needed continuing exposure in TV and Film - not to mention a steady and more reliable paycheck. So, he accepted a leading role in "Die Anrheiner," which soon became a very successful WDR series, and remained there for ten years, finally leaving the show in 2007 after performing in nearly 500 episodes. He has also indulged his love of writing and directing, and his first Production, "Einer für Alle. Alle für Einen" was nominated for the best upcoming radio play in 2006. Heiko is now pursuing acting jobs in the USA, the UK and Germany. Oh, and in case you were wondering, Heiko dropped out of law school. - IMDb Mini Biography By: anonymous