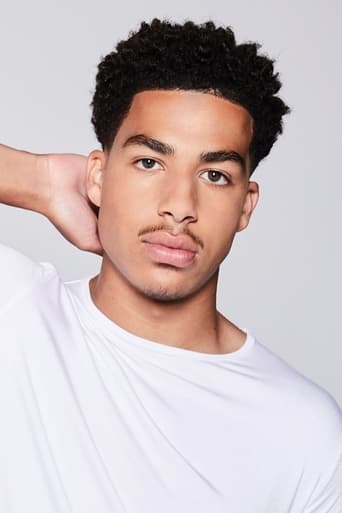 A fourth generation Los Angeles native, Marcus Scribner marked his arrival on January 7th in Cedars-Sinai, the same hospital his mother was born. Legacy has always ran strong in his family. Beginning with his name. His father Troy garnered his name through his father's love of Greek and Roman history and mythology. He continued this tradition with his own children, Marcus and his sister Athena. At age 10, when Marcus booked his first big guest star on the television show "Castle" he celebrated by getting his first puppy, a feisty beagle, he named Zeus. In September 2014, he landed his first series regular playing Andre Jr on ABC's "black-ish." The show went on to become the highest rated new comedy of the season. Marcus has garnered an NAACP Image Award for the show. And it has been honored with the prestigious "Peabody Award," multiple "NAACP" Awards, and "Emmy" nominations. He has always loved animation. It was his dream come true to the rambunctious dinosaur Buck in Pixar's "The Good Dinosaur." And to become a part of the DreamWorks family in the animated series "Home: Adventures with Tip & Oh" airing on Netflix. Always the proponent for a positive message, he is excited to be one of the leads in the upcoming feature in the upcoming teen feature "Alexander IRL." On his hiatus, Marcus can be found traveling the globe doing humanitarian work. The Beaches Resorts and Sandals Foundation just named him their first Youth Ambassador. He has visited several islands in the Caribbean helping to bring a higher education to children. He is also the Chief Youth Innovator for Reserve Protection Agency in South Africa who help to protect Africa's beautiful animals. An honor student, he is working diligently towards his dream of attending one of the great Pac-12 Universities. Stanford and UCLA being his top choice.