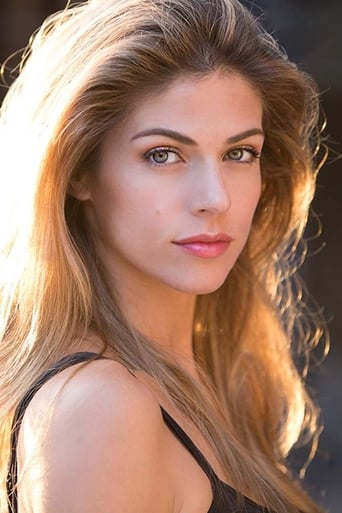 Stephanie Cristina Cayo Sanguinetti (born April 8, 1988) is a Peruvian actress, singer, songwriter and model. Actress Stephanie Cayo born in Lima, Peru, captured audiences' hearts at age 9 with her role in Travesuras del Corazón. She later appeared as a primary character in several TV series, particularly gaining international exposure playing the main female character in the internationally-broadcast Besos Robados. Still very young she moved to NYC by herself to study acting and dancing in schools such as The Actors Studio, The New York film Academy and The Broadway Dance Center. She calls this time in her life as "one of the most important stages in my life, discovering my self and art" At the age of 18 she moved to Colombia following a successful career as an actress with TV series such as El Secretario and The Hypochondriac which launched her career gaining many recognitions for her work and important awards such as the India Catalina for Best Female Actress in a Tv show for her work in El Secretario, In 2012. She pursued dancing as well as musical theater from early years. In 2012, while finishing shooting El Secretario, landed the lead role of Roxie Hart in the famous musical Chicago in Colombia with more than 1,500 spectators a night per 3 months straight. From Wikipedia, the free encyclopedia