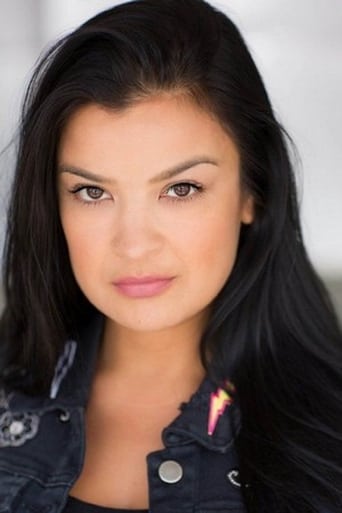 Crystle Lightning, an Indigenous Actress from the Enoch Cree Nation, began her show business journey at a young age. The Lightning Family moved from Canada to Los Angeles where Crystle landed her first lead role in the feature: "3 Ninjas", at 9 years old. Crystle went on to study at the Beverly Hills Playhouse under Milton Katselas and Richard Lawson. Crystle's Film and Television appearances include: "American Pie: Band Camp", "Days of Our Lives", "Southland", and most recently "Yellowstone" (Most Watched Show of 2018) and "Outlander" (Peoples Choice Award for Best TV Show 2017). When Crystle Lightning is not in front of the camera, she loves being on stage, & tours internationally as part of Hip Hop Supergroup "LightningCloud" (alongside MC RedCloud). LightningCloud is the 2014 Indigenous Music Award Winner for Best New Artist, 2015 Indigenous Music Award Winner for Best Rap Album and Power 106FM's "Battle For The Best" Champions. LightningCloud has shared the stage with Kendrick Lamar, Nicki Minaj, Chris Brown, The Game, Tech N9ne and Cypress Hill. Crystle Lightning will debut her solo album in 2020 (Titled: "Hummingbird Slang"). Most recently, the Adult Coloring Book industry has been catapulted by Crystle Lightning's books: "Indigenous Legends: Extraordinary Natives", "Indigenous Legends: Extraordinary Women" and "Moosebumpz: Scary Stories from the Rez". Crystle formed 1491 Publishing as an outlet to release original, native content to the world. The Indigenous Legends Series are now a #1 Amazon New Release! Crystle is also a professional DJ, and has played at venues and nightclubs across the country. Ms. Lightning loves inspiring youth through motivational speaking and travels across the country speaking at colleges, schools and universities. Crystle's most recent endeavor is booking the series lead of Maggie in "The Trickster" for CBC. This has been a dream for her to bring this character to life.