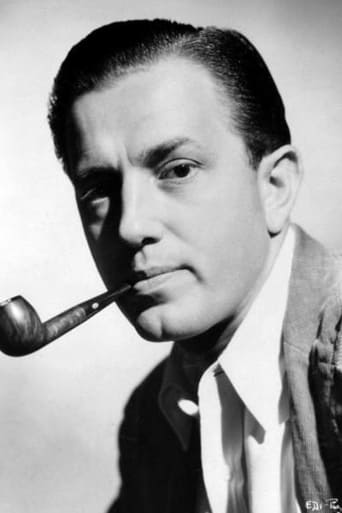 Edward Dmytryk (September 4, 1908 – July 1, 1999) was an American film director who was amongst the Hollywood Ten, a group of blacklisted film industry professionals who served time in prison for being in contempt of Congress during the McCarthy-era 'red scare'. Although born in Grand Forks, British Columbia, Canada, Dmytryk grew up in San Francisco when his Ukrainian parents moved to the United States. At the age of 31, he became a naturalized citizen. His best known films from the pre-McCarthy period of his career were film noirs Crossfire, for which he received a Best Director Oscar nomination, and Murder, My Sweet, the latter an adaptation of Raymond Chandler's Farewell My Lovely. In addition, he made two World War II films: Hitler's Children, the story of the Hitler youth and Back to Bataan starring John Wayne. The late 1940's was the time of the Second Red Scare, and Dmytryk was one of many filmmakers investigated. Summoned to appear before the House Committee on Un-American Activities (HUAC), he refused to cooperate and was sent to jail. After spending several months behind bars, Dmytryk made the decision to testify again, and give the names of his fellow members in the American Communist Party as the HUAC had demanded. On April 25, 1951, Dmytryk appeared before HUAC for the second time, answering all questions. He spoke of his own Party past, a very brief membership in 1945, including the naming of twenty-six former members of left-wing groups. He explained how John Howard Lawson, Adrian Scott, Albert Maltz and others had pressured him to include communist propaganda in his films. His testimony damaged several court cases that others of the so-called "Hollywood 10" had filed. He recounted his experiences of the period in his revealing 1996 book, Odd Man Out: A Memoir of the Hollywood Ten (Southern Illinois University Press, Carbondale, IL). For a time, Dmytryk moved to England, and Stanley Kramer hired him to direct a trio of low-budget films before handing Dmytryk The Caine Mutiny. He made films for major studios Columbia, 20th Century Fox, MGM and Paramount Pictures, including, among others, Raintree County, The Left Hand of God, The Young Lions, a remake of the Marlene Dietrich classic The Blue Angel, and The Carpetbaggers. Later into the 60' and 70's, he directed Where Love Has Gone, Anzio, Alvarez Kelly, Shalako, and his final film Bluebeard. The films which he directed featured stars such as Humphrey Bogart, Clark Gable, Gene Tierney, Spencer Tracy, Elizabeth Taylor, Bette Davis, Montgomery Clift, Marlon Brando, Sean Connery, Robert Mitchum, Richard Burton, Richard Widmark and Henry Fonda. After his film career tapered off in the 1970s, he entered academia and taught at the University of Texas at Austin, and at the University of Southern California. He wrote several books on the art of filmmaking (such as "On Film Editing") and lectured at various colleges and theaters, such as the Orson Welles Cinema. Dmytryk died from heart and kidney failure on 1 July, 1999, aged 90, in Encino, California.