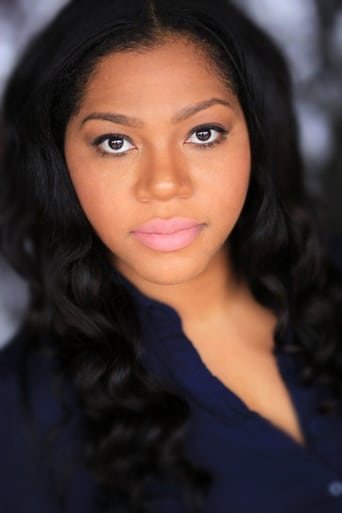 Cynyon Dawn Rodriguez, native of Dallas, TX, has had a passion for the big lights and cameras for as long as she can remember. This love may have stemmed from the first time she hit the stage in a third grade reenactment of the children's classic "Cinderella". From that point on acting remained at the core of her daily life despite being a diverse child who played many sports, two instruments, and other extracurricular activities. Throughout the years this passion remained in Cynyon as she would receive an indescribable thrill from practicing and reciting movie lines for her family and peers. After high school she relocated Louisiana to attend Southern University. While at Southern University she majored in psychology, but the longing and hunger to be in front of the camera still remained. In order to feed this growing hunger, as well as to hone her skills, Cynyon enrolled in several acting courses. Landing the lead role in a short web series, created by film students at Dillard University, sparked an interest for other aspects of the film industry. At this point Cynyon Begin to keep a journal in which she wrote screenplays in hopes of one day showing the world her visions. After college Cynyon felt compelled to follow her dreams. She started looking more into the thriving movie culture in the New Orleans area. She then began to work on movie set as, background, stand in and even landed a supporting role in a union film .This opportunity was used to open more doors and network with her fellow acting peers.