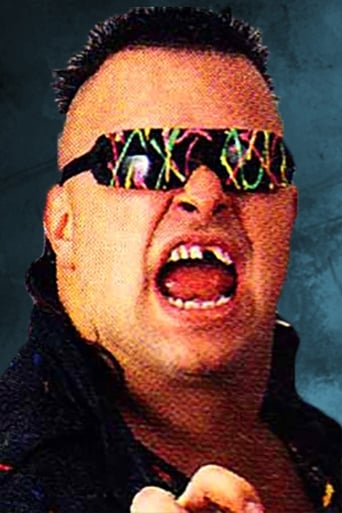 is an American professional wrestler best known as Jerry Sags. He is one half of the tag team The Nasty Boys along with Brian Knobbs. Sags graduated from Whitehall High School in Pennsylvania. He started his career in the American Wrestling Association as a referee in 1985. In 1986, he formed a tag team called The Nasty Boys with Brian Knobbs and wrestled in the Tennessee territory until they moved to Championship Wrestling from Florida, where they won five Tag Team Titles from 1988 through 1990. In 1990, they went to the NWA's Jim Crockett Promotions which had been purchased by Ted Turner and would be renamed World Championship Wrestling before they left a few months later. They feuded with Rick and Scott Steiner over the U.S. Tag Team Titles but could not defeat them. In late 1990, they went to the World Wrestling Federation where they were managed by Jimmy Hart and won the World Tag Team Titles from The Hart Foundation before feuding with and losing the titles to the Road Warriors. They turned face in the fall of 1992 to feud with Jimmy Hart's Money Inc. over the tag team titles, but were unable to recapture the gold. They left the WWF for WCW in 1993 and were quickly placed with manager Missy Hyatt, who led them to the World Tag Team Titles. She left them and they went on to feud with Harlem Heat, The Blue Bloods, and the team of Dick Slater and Bunkhouse Buck. Sags returned to action with Knobbs to reform The Nasty Boys, June 16, 2007 at Pro Wrestling Unplugged. On November 20, 2007, Knobbs and Saggs reformed as The Nasty Boys at the SmackDown! tapings from Tampa, Florida to wrestle their first WWE match in years. According to reports, the match was disastrous and the team were accused of unprofessionally working stiff with their opponents, Dave Taylor and Drew McIntyre. On January 4, 2010, The Nasty Boys made an appearance on Total Nonstop Action Wrestling's television show, TNA Impact!, starting a feud with Team 3D. On the January 21 edition of Impact! the Nasty Boys competed in their first match for TNA, defeating the team of Eric Young and Kevin Nash. At Against All Odds The Nasty Boys defeated Team 3D in a tag team match, when Jimmy Hart made his return to the company and interfered in the match on the Nasty Boys' behalf. On the February 25 edition of Impact! Team 3D defeated the Nasty Boys in a tables match, when Jesse Neal interfered on Team 3D's behalf. The Nasty Boys and Hart continued their feud with Team 3D by defeating them and the returning Brother Runt, a replacement for Jesse Neal, whom the Nastys attacked prior to the match, in a six-man tag team match. After the match Neal attacked the Nastys and helped Team 3D put Sags through a table. On March 29, 2010, news broke that the Nasty Boys had been released by TNA following an incident at a TNA function with Spike executives present. Sags and his wife have four children; daughter Chloe and Madison and sons Seve and Jax. They reside in Treasure Island, FL.