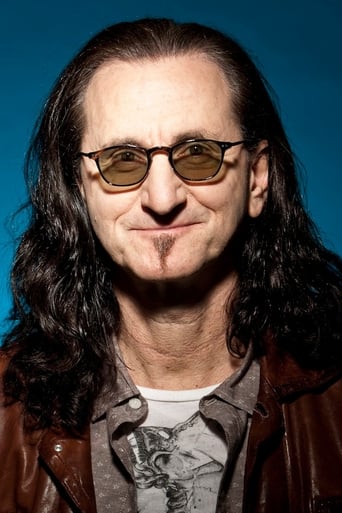 Best known as the vocalist, bassist, and keyboard player for the rock group Rush, which also features drummer Neil Peart and guitarist Alex Lifeson. Rush is the most successful Canadian music group in history, and is the third most prolific seller of consecutive (American) Gold and Platinum Records and videos, behind only the Beatles and the Rolling Stones. Lee's spectacular bass-playing ability has earned him a reputation similar to that of his bandmates. All three share the distinction of being among the most highly influential virtuosos in their crafts. Geddy Lee is a natural overachiever when it comes to the production and performance of his music. He is equally well known for his wizard-like bass-playing ability as he his for his magical juggling of bass, singing, playing keyboards, and triggering his own pre-recorded accompaniments during live performances, all while maintaining his trademark enthusiasm as Rush's "frontman". Geddy has, in the past carried the dubious distinction of a hard-rocking, if somewhat unnatural, high-pitched singing voice. This has matured over the course of Geddy's career into a voice that is more widely accepted outside of Rush's original core hard-rock following, and shines most especially on recent Rush albums such as 2002's "Vapor Trails", and Geddy's polished 2000 solo album, "My Favorite Headache". After their longest break from recording and touring, A highly successful 2002 tour brought Rush back to the United States, Canada, and Mexico, to the great anticipation of fans. Rush ended their 2002 tour with their first-ever shows in Brazil, where they played to 125,000 fans in three nights. The final performance of the 2002 tour was captured on DVD as Rush in Rio (2003), which was certified double-platinum within weeks of its release. Geddy is the son of Polish parents who were survivors of the Nazi concentration camps. In addition to his composing, arranging, and performing duties for Rush, Geddy has produced albums for various other bands, including Rocket Science.