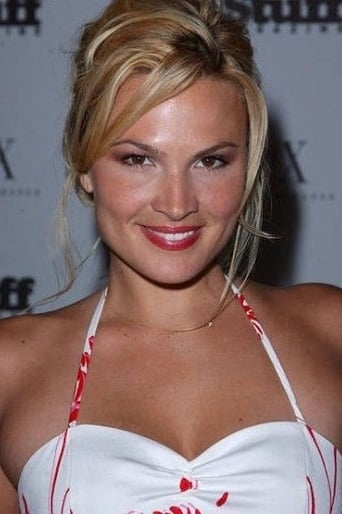 From Wikipedia, the free encyclopedia Kathleen McClellan is an American actress, model, television host and former Miss Illinois Teen USA. She is perhaps best known for her role on Seinfeld as Melissa, Jerry's naked girlfriend, and for her 2002-2004 role as the host of TLC's For Better or For Worse. McClellan grew up in Bloomington, Illinois. In 1988, she was crowned Miss Illinois Teen USA, was named Most Photogenic in the National Miss Teen USA Pageant, and was signed to Elite Model Management which began her modeling career in Paris. The 1988 Miss Teen USA Pageant was hosted by Dick Clark in San Bernardino, California, where McClellan earned the top score in interview, and held the second highest scores in Swimsuit, Evening gown and overall average score second only to Jessica Collins. McClellan is known for her work as a television host, comedic and dramatic actor, fashion model, commercial actress, and television personality, and spokesperson. Notable modeling campaigns include Skyy vodka, Cherokee Jeans, Maui Jim Sunglasses, L'Oréal Paris, and Hanes. McClellan has starred in countless commercial campaigns including Coors, Budweiser, Chrysler, Visa, and Toyota. She has been featured in Muscle and Fitness Magazine, InStyle, Mademoiselle, People, TV Guide, Maxim, and Stuff. She was the spokesperson for Sense Skincare. She has guest starred on many comedic television shows such as Seinfeld, Murphy Brown, Suddenly Susan, Herman's Head, and The Fresh Prince of Bel-Air. Recurring roles include Ladies Man, and The Bold and the Beautiful. McClellan was the host of TLC's For Better or For Worse (2003-2005). She was the sideline correspondent for Battle Dome (1999-2001) and host of Surprise Weddings (FOX), and Warner Brothers' Live From the Red Carpet. She has appeared as herself as a guest host on shows such as Wild On E!, MTV Spring Break, and as herself as a TV personality on Run Away With the Rich and Famous, Search Party and The X Show. She and her home were featured on E! Celebrity Homes. Film work includes a role in the film The Set Effect. She is also featured in Charlie Robison's country music video "El Cerrito Place". She made her comeback in the film version of Graham Farrow's award winning stageplay 'Rattlesnakes' due for release in 2019.