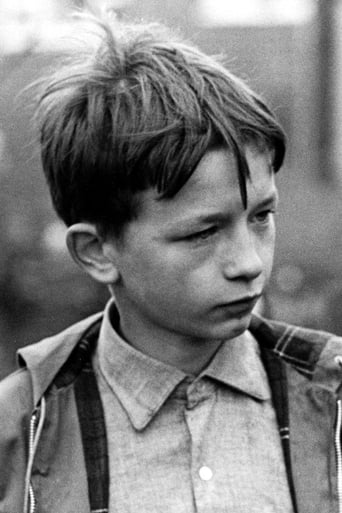 Born to a miner father and a seamstress mother in Barnsley, South Yorkshire in 1953, David Bradley is best known for playing Billy Casper in Ken Loach's 1969 film, Kes. Prior to this starring role, Bradley had only ever acted in school pantomimes and secured the lead in an open audition against thousands of children. Following the success of Kes, Bradley had to change his name to Dai Bradley on account of the actor David Bradley already having an Equity card in that name. Bradley turned to television appearing as the lead in two children's series The Flaxton Boys and The Jensen Code and guest roles in Z Cars, Nearest and Dearest and A Family at War. He appeared in several other movies as a young man in the tail end of the 70s including All Quiet on the Western Front, Zulu Dawn and Absolution but by the following decade Bradley decided to retire from acting and tried his hand as a writer instead. In recent years he has returned to the profession as David Bradley once more and has had roles in the film Hummingbird and the children's TV series The Dumping Ground.